As the UEFA Champions League and Europa League, as well as the all-new UEFA Europa Conference League begin their respective seasons on September 14, beIN Media Group’s flagship sports channel beIN SPORTS is set to welcome another exciting season of live games for viewers in the Middle East and North Africa (Mena).

On beIN SPORTS, you can watch all 125 matches of the UEFA Champions League this season, with Arabic and English commentary. beIN CONNECT, beIN’s OTT platform, is also available to beIN subscribers who are on the go. Arsene Wenger, Ruud Gullit, Marcel Desailly, Nigel De Jong and other football icons will be on hand to cover the action, as will the biggest names in Arab football, like Mohamed Aboutrika, Tareq al-Jalahma, Hatem Trabelsi, Youssef Chippo and Tareq Dhiab.

Both the Arabic and English studios will begin broadcasting at 18:30 Makkah (GMT +3) on Tuesdays and Wednesdays, with kick-off timings of 19:45 Makkah and 22:00 Makkah respectively. On beIN SPORTS’ channels Premium 1 and beIN SPORTS 1, as well as important games on beIN’s 4K/UHD channel, beIN SPORTS 1 will broadcast the games with Arabic studio and commentary.

At 19:45 Makkah on September 14, Manchester United and Young Boys of Switzerland will start off the first matchday of the UEFA Champions League. Cristiano Ronaldo will be making his return to the competition with Manchester United. Stamford Bridge hosts Zenit St. Petersburg, while FC Barcelona plays Bayern Munich in a match that kicks off at 22:00 Makkah.

The UEFA Youth Champions League is also a new addition to the league this season. Every Tuesday and Wednesday at 17:00 Makkah, beIN SPORTS fans will get the opportunity to watch the stars of the future from around Europe before the senior players participate in the UEFA Champions League.

“beIN SPORTS has proudly been the exclusive home in Mena of the UEFA Champions League and UEFA Europa League since 2009 and will be the guaranteed exclusive broadcaster until at least 2024 thanks to our fantastic facilities, quality of coverage and partnership with UEFA. The introduction of the all-new UEFA Europa Conference League will also be an opportunity to see new teams from across Europe on the platform. Only beIN has the capability to broadcast over 50 European games across Tuesdays, Wednesdays and Thursdays from Europe’s elite teams through to the emerging stars of tomorrow.” said Duncan Walkinshaw, Acting Director of Programs for beIN Mena, commenting on the new season of UEFA football club competitions on beIN SPORTS. 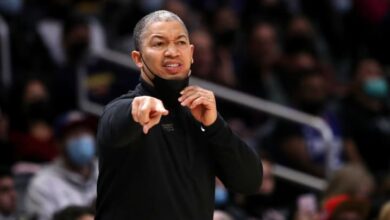 Devin Booker is the fastest to reach 10,000 points in the history of Suns

Erik Lima arrives at Cruz Azul after an agreement with Pumas