Chip shortage, chip crisis, semiconductor bottleneck, semiconductor shortage – many names, one and the same problem. Anyone who has recently wanted to equip their home with new entertainment electronics and the home office with important hardware or has been thinking about buying a new car has likely encountered unavailability, outrageous prices or long waiting lists. What does the lack of chips mean, why are microchips suddenly missing everywhere and how long will the problem persist?

What does the semiconductor shortage mean?

Microchips are found in abundance in every electronic device and vehicle these days. Production is currently no longer keeping up with demand, which has several reasons. For us as end consumers, this means that we can only get hold of certain goods with difficulty or not at all. Anyone who wants popular electronics such as the PlayStation 5 or Xbox Series X, the iPhone 13 or the new Samsung flagship has to get up early and needs an extra dose of luck. When it comes to new cars, most automakers already have long waiting lists.

The terms semiconductor shortage or semiconductor crisis are somewhat misleading. Computer chips are mainly made of the elementary semiconductor silicon – but we do not lack this. After all, along with oxygen and iron, silicon is one of the most common elements on earth. The semiconductor is meant here synonymous with the computer chip. So the problem is not that we will run out of material at some point, as is the case with crude oil, but that there are currently too few chip manufacturers and production facilities due to the increased demand.

To make matters worse, the production of microchips is a very complex and precise undertaking. Computer chips are produced in clean rooms in which light rays burn the microscopic conductor tracks in a vacuum onto the silicon. Every speck of dust could prevent a chip from being functional in the end. An acceleration of the manufacturing process is not easily possible and for larger quantities, more machines and corresponding space would first have to be available. To this end, microchips have usually been manufactured according to the “just-in-time” principle, so production was precisely linked to demand – the increased demand is now causing the chip shortage.

What are the causes of the lack of chips?

There is not just one cause that has caused the current lack of chips, rather it is a concatenation of various major and minor factors.

Increase in demand: Even in the years before the pandemic, the problem emerged that the production of microchips might soon no longer be sufficient. Lockdowns and home offices led to an increased demand for entertainment electronics for employment at home and important technical equipment that was required for home office and corporate communication.
Fluctuations: However, especially at the beginning of the pandemic, demand fluctuated very strongly because only a few wanted to buy a new car during the crisis, so that the car manufacturers had to reduce their chip orders. The demand is now growing again, but the chips have already been sold to other industries.
The pandemic: The corona crisis affected the production and sales of microchips in several ways and thus contributed significantly to the current chip crisis. Production was slowed down due to lockdowns, short-time work and problems in the supply chains, i.e. delivery and transport.
Geopolitical conflicts: The economic dispute between the US and China is also a factor. In 2020, for example, the US government blacklisted the largest Chinese chip manufacturer “Semiconductor Manufacturing International Corporation (SMIC)”, which further exacerbated the global chip shortage. For fear of further sanctions, Chinese companies had previously made hamster purchases in the area of ​​computer chips, which also contributed to the imbalance.
Accidents: Since an accident rarely comes alone, there were several fires at different chip manufacturers in 2020 and 2021. In October 2020, for example, an explosion caused severe damage to the Japanese manufacturer “Asahi Kasei Microdevices”, in March 2021 a fire in a Japanese “Renesas” plant and at the Taiwanese “Unimicron Technology” plant broke down every three months twice the fire.

However, the chip crisis is not solely responsible for the fact that many popular electronic products are currently very difficult to come by. The scarce availability has turned into a lucrative business for so-called “scalpers”. They use bots to buy empty the inventory in order to sell the smartphones, consoles and other coveted products at an outrageous price premium for their own enrichment. In the case of graphics cards, there is not only a shortage of chips and scalpers, but also the mining of crypto currencies, which makes availability even worse and prices even higher.

When will there be enough chips again?

This question is difficult to answer. Some market research companies expect the situation to normalize again as early as 2022, while the CEOs of large chip manufacturers such as Intel and ARM warn that the crisis could drag on until 2023 or beyond.

At the moment, many companies are working on coping with the increased demand and building new production facilities. At the same time, many countries are trying to relocate production in their vicinity so that there are fewer dependencies and thus bottlenecks can be avoided. But that too will take some time. 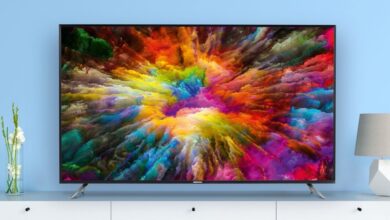 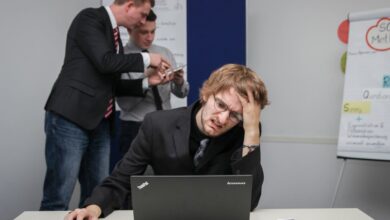 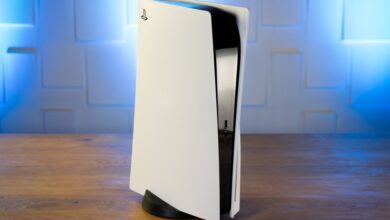 Order a PS5: Sony is now taking matters into its own hands