Doha: After securing all essential shareholder and regulatory approvals, Ooredoo and CK Hutchison today announced the conclusion of their proposed merger of Indosat Ooredoo and H3I. Effective January 4, 2022, the newly combined firm will be known as Indosat Ooredoo Hutchison.

With an expected annual revenue of roughly $3 billion, the new second-largest mobile telecommunications firm in the nation will be able to compete and produce more value for all shareholders, consumers, and Indonesia.

Aside from cost savings, the combination will enable deeper innovation and network advancements, including 5G launch in Indonesia.

“We are pleased to combine two of Indonesia’s leading telecoms brands to create a stronger number two player in Indonesia, backed by two highly committed partners in Ooredoo Group and CK Hutchison. Indosat Ooredoo Hutchison is well placed to achieve exciting long-term growth under the leadership of Vikram and his experienced management team with a proven track record in Indonesia.

“The merger’s timely completion reflects the recognition of the significant value and benefits that the company will deliver for all stakeholders including Indosat Ooredoo and Ooredoo Group shareholders, customers, employees, partners and Indonesia. This landmark transaction is closely aligned with the progression of Ooredoo Group’s accelerated growth strategy.

“I look forward to a long, prosperous partnership with CK Hutchison and would again like to extend my sincere gratitude to our customers, employees, shareholders, partners, and the Government of Indonesia, who created an environment that enabled the merger to become a reality,” said Aziz Aluthman Fakhroo, Managing Director of Ooredoo Group.

“I have every confidence that this merger will be highly accretive for all stakeholders involved, including customers, shareholders, and for Indonesia. Indosat Ooredoo Hutchison is now a stronger, world-class digital telecoms and internet company with critical mass, well-positioned to build an even more powerful network that can benefit Indonesia’s development and customers, who will receive improved services and an even broader product offering that would not have otherwise been possible,” said Group Co-Managing Director of CK Hutchison Holdings, Canning Fok.

“Now the number two operator in Indonesia, the merged company can harness its combined resources to drive the further roll-out of its network to enhance quality and speed and invest in 5G technology. We have faith in the strength and performance of the business and the strong growth prospects that Indonesia’s market presents.

“I look forward to building a lasting and successful partnership with Ooredoo Group and thank them for their commitment during this merger, as well as our customers and industry partners for their continued support and faith in our business.” 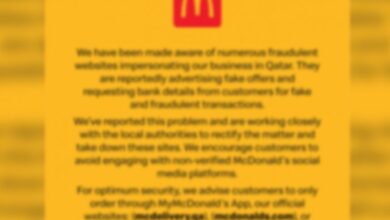 Customers are warned about fake websites by McDonald’s Qatar. 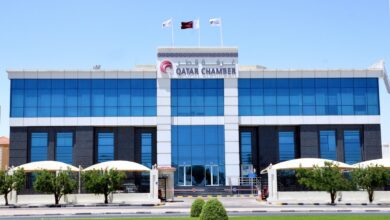 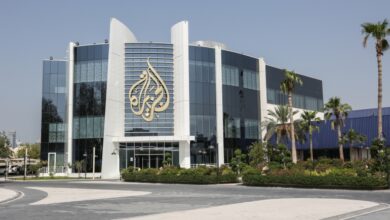 A sale of subsidized sheep will start from July 13: MoCI