They present it as the largest democratic consultation process in the history of the Catholic Church.

Pope Francis launched this weekend a process that can change the future of an institution that, over the centuries, has become a symbol of a rigid hierarchy, conservatism and little transparency.

The Supreme Pontiff urged Catholics to “Not stay locked in your certainties”, but rather “listen to each other” when presenting the initiative at Mass this Sunday in St. Peter’s Basilica.

“Are we ready for the adventure of this trip? Or are we afraid of the unknown, preferring to take refuge in the usual excuses: ‘it’s useless’ or ‘we’ve always done it that way’?

Francis wants that during the next two years, the vast majority of the 1.3 billion who declare themselves Catholic in the world to be heard about the future of the Church.

For this, it relies on the impulses of the local communities in a first phase, regional assemblies in the next phase and, finally, the Synod of Bishops scheduled for 2023 in the Vatican.

Issues that have come to light more recently, such as greater female participation in Church decision-making and greater acceptance of groups still marginalized by traditional Catholicism, will be some of the issues that will presumably appear in this consultation process. public. the largest ever celebrated in the history of Catholicism.

In addition, Francis must take advantage of this moment to consolidate a clear commitment of his pontificate with the reforms.

By defining that the next synod will have as its theme synodality itself -the way of being and acting of the Church-, it is inspired by the way of life of the first Christians, whose decisions were made collegially.

Of course, this does not mean that the Catholic Church has embraced democracy.

Decisions continue as usual: respecting the traditional hierarchy. The public consultation will be democratic, but the Pope will have the last word.

If successful, the institution will have taken an important step.

For the specialists consulted by BBC News Brazil, the so-called synodality may cease to be a method to become a way of thinking.

Which means that the model taken to the extreme by Francis can hardly be set aside, even when the pope is another.

What begins this weekend is a process of synodality that aims to be open to listening to all Catholics who want to express themselves in the next two years.

The 1.3 billion Catholics they represent half of the world’s Christians.

The current pontiff shows once again, and in a forceful way, that he believes in a Church that listens to the wishes of Christians. Of all the world.

This future gathering of bishops, therefore, will not be limited to conferences led by religious within the walls of the Vatican.

Radical? “It is the greatest synod, the greatest experience of synodality that has ever been done in the Church,” says Filipe Domingues, doctor of the Pontifical Gregorian University in Rome.

“The proposal is broad, it intends that all the baptized faithful have the possibility, in some part of the process, to be consulted. Never in the history of the Church has there been an attempt to consult all the Catholics of the world.

“Of course, no one is going door to door to talk to everyone. But meetings and assemblies must be held in parishes and groups, questionnaires must be handed out. The idea is that everyone feels motivated to participate ”, explains Domingues.

“It is the broadest attempt to root synodality, no longer as a process and a way of doing things, but as a mentality of the Church.”

What does pope francis want

The word synod comes from the union of two Greek terms, synods (meeting or council) and hodos (path).

Synodality, therefore, is a way of believing that the path depends on joint understanding, that decisions should not be imposed by an authority, but come from the grassroots.

Since he became Pope in 2013, Argentine Jorge Bergoglio has shown that this is his bet for the future.

In a way, it recovers the modus operandi of the first Christian communities before the institution became powerful and influential. In those early days, each and every one of the decisions was collegiate.

Along the way, Francis also deepens an idea raised at the Second Vatican Council.

In response to the wishes expressed by the council fathers, the then Pope Paul VI (1897-1978) created in 1965 the Synod of Bishops, a periodic meeting to bring together Episcopal representatives from around the world to discuss specific issues.

Since then, 29 games, between ordinary, extraordinary and regional.

The final meeting of the new synod will take place in 2023, but by presenting it this weekend, Francis radicalizes something that he had been seeking since the first of the five synods already convened by him: community participation.

“In this new synodal assembly, the most important thing will not be the conclusions, but the process of listening and ecclesial participation that it triggers,” explains sociologist Francisco Borba Ribeiro Neto, coordinator of the Center for Faith and Culture of the Pontifical Catholic University of São Paulo .

In addition, there is the possibility that Francis will end his pontificate, by retirement or death, before the synod ends.

Thus, the synodal process becomes a means to guarantee the continuity of the process of change initiated by Bergoglio, regardless of who the new pope is.

“The crucial point is the broad consultation of the Catholic community, which will begin at the local level, in dioceses and parishes, and will culminate in the assembly of bishops,” adds Borba Ribero Neto.

“These consultations became characteristics of a ‘Francis way’ of governing the Church, although similar processes can be found in several previous experiences.”

“The idea is that before every major decision, before setting the Church’s guideline, people are consulted,” says Domingues.

“In the end, the Church maintains its hierarchical structure and everything else. It will always be an authority that makes the decision. But it will be illuminated by these experiences from the bottom up, ”he says.

Family, youth and the Amazon

Since assuming command of the Vatican, Francis has held four synods. The first two discussed the family. The third addressed the issue of youth.

The last one, which took place in 2019, brought to the center of the Catholic Church an urgent topic today: the Amazon, with all its social, geographical and environmental implications.

“We tried to echo these themes during the synod process, helping the whole Church to rethink a new process: integral ecology, a Church in departure and all the perspective that the synod brought,” he says.

Another recent novelty is the call to participate in the meeting of lay experts or specialists. The 2019 event, for example, was attended by renowned Brazilian climatologist Carlos Nobre, from the team awarded the Nobel Peace Prize in 2007, and Ban Ki-moon, former Secretary-General of the United Nations (UN).

A year earlier, at the synod that addressed the issue of youth in the contemporary world, another Brazilian lay person was invited. It is about Filipe Domingues, who at that time was pursuing his doctorate at the Gregorian University.

“It was unexpected,” he says. A professor invited him to participate in a pre-synodal meeting. He ended up becoming one of the rapporteurs. Later, together with another colleague, he ended up being called to act at the synod itself.

“They wanted there to be at least two relatively young people on the expert committee,” he explains. He deals mainly with issues related to the use of social networks in communication between young people.

“For example, women’s participation or even sexuality issues, which are important. It is difficult for many young people to live what the Church asks for in this area ”.

However, there is also opposition. In the report, two active members of the Catholic Church in Brazil criticized how the pre-synodal meetings have been taking place under Francis’ pontificate.

Both asked not to give their names, but expressed their discomfort at how the discussions, in times of strong ideological polarization, have been monopolized by groups aligned with the left.

On the chess board played by the Pope, what remains to be done is to put the so-called “progressives” and “conservatives” on the same side.

The idea of ​​convening a synod to debate synodality initially sounded like a kind of provocation. But, on the threshold of the launch of the process, it is already understood as a deep echo of the teaching of Francis.

The sociologist Ribeiro Neto emphasizes that synodality “is a ‘communal’ process”, which should not be confused with a democratic movement.

“What Francis insists on remembering is that they are not necessarily the leaders or the learned, but any member of the community who has the true discernment of the faith,” continues Ribeiro Neto.

“Francisco is, above all, a mystic. Look in the polemics and often dissonant voices of the world for signs of God’s will.

“For him, the synod is that: an opportunity to listen to the voice of God that is hidden among the smallest, it is not a democratic process of consultation with the majority. It is an event of a spiritual and mystical nature, more than a political and organizational one, “sums up the sociologist.

Now you can receive notifications from BBC Mundo. Download the new version of our app and activate them so you don’t miss out on our best content. 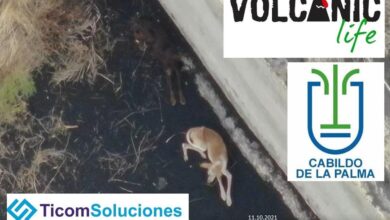 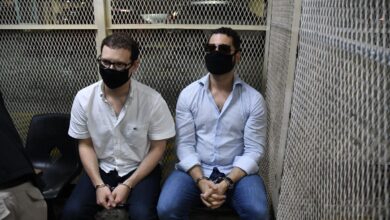 VIDEOS: “Don’t stand up, don’t stand up”, they kill 4 policemen near soccer fields where there were families and children 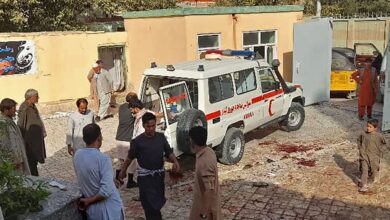