“Crimes against humanity, epidemic resulting in death, violation of sanitary measures, medical quackery and incitement to crime”, in addition to four other criminal charges: weighty accusations against a president for handling the coronavirus crisis.

A Brazilian Senate commission published this Wednesday an extensive document with the conclusions of its investigation on the possible crimes committed by the government of Jair Bolsonaro in the management of the covid-19 pandemic in Brazil. country that has the second highest death toll from coronavirus after the United States.

Specifically, the commission denounces that Bolsonaro incurred “crimes against humanity” with their denial of the pandemic, something that, they point out, aggravated the incidence of the disease in the country.

And that is why the committee in charge of the report recommends that the Brazilian president, four of his ministers and 61 other people face criminal charges.

Bolsonaro denies having committed any irregularity and, in a first reaction to the publication of the report, assured that he and his government are not to blame for “absolutely nothing” in relation to the worsening of the pandemic in Brazil.

“We know we did the right things from the beginning, ”said the president this Wednesday at an event on improvements in the sanitation infrastructure in the municipality of Russas, in the northeast of Brazil.

The report will be voted on by the 11 members of the commission next week.

What the report says

The report accuses the government of deliberately exposing Brazilians to infection by acting slowly.

He also points out that he has minimized the benefit of vaccines, preferring instead a high-risk strategy aimed at creating herd immunity to keep the economy going.

Among those named are ministers, former ministers, and politicians, including three sons of Bolsonaro.

They are also accused of prevarication, embezzlement, falsification of public documents, irregular use of public money and attacks against the dignity of the office.

The document is the result of more than six months of work, Hundreds of hours of testimonies and thousands of documents that try to clarify the Brazilian government’s response to the covid-19 epidemic that has already killed more than 600,000 people in Brazil.

The accusations are supported by information obtained by the parliamentary group, which ranges from the imposition on public health of remedies without proven efficacy against covid even serious suspicions of corruption in the negotiation of vaccines, according to the Efe agency.

It was also considered the Bolsonaro’s repeated violation of the measures that prohibited crowds and imposed the use of masks, his promotion of chloroquine in official speeches and the use of large public resources to acquire it.

“In conclusion, by insisting on ‘early treatment’ as the only policy to combat the pandemic, Bolsonaro collaborated strongly for the spread of covid-19 in Brazil and, thus, it was shown as the main responsible for the mistakes made by the government ”, says the report.

Changes to the draft text

The commission’s rapporteur, Renan Calheiros, produced a 1,178-page preliminary report that the members of the Senate that make up the commission discussed throughout the day.

The preliminary draft included the terms genocide and aggravated homicide, but the commission decided to withdraw that accusation from the final text. The attribution of these two crimes to the president generated division in the committee.

In an interview with BBC News Brazil, Calheiros confirmed that he will present a complaint against Bolsonaro in view of the International Criminal Court (ICC) based in The Hague, Netherlands.

The last minute changes in the report are a sign of how charged the political atmosphere is here in Brazil.

These last six months, Brazilians have been very attentive to the investigation that has revealed scandal after scandal, and there is no doubt in anyone’s mind, whether on the left or right, that this has hurt Jair Bolsonaro’s popularity.

Those who still support him say there are political motivations. But for those angered by how the president handled the pandemic, the allegations are serious and they want justice to be served.

And that’s where the sticking point seems to have been: the original accusations of mass murder and indigenous genocide have been removed from the report because there was no consensus.

Instead, they have been replaced by the crime of “epidemic resulting in death”, as well as other charges that include crimes against humanity and embezzlement of public funds.

There are 11 senators who are part of the investigation, seven of whom are critical of President Bolsonaro.

The president of Brazil has repeatedly been skeptical of the vaccine against the virus that has affected more than 21 million people and claimed hundreds of thousands of lives in his country.

It’s more, Bolsonaro boasts of not being vaccinated, pointing out that your immune system is strong enough to resist the coronavirus.

What’s more has consistently opposed containment measures and other restrictions, arguing that the damage to the economy would be worse than the effects of the coronavirus itself.

He also told the Brazilians that “Stop whining” by the situation.

Remember that you can receive notifications from BBC News Mundo. Download our app and activate them so you don’t miss our best content. 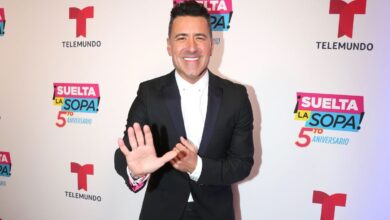 ‘Suelta la Sopa’: Jorge Bernal reacted with hints after the cancellation of the show 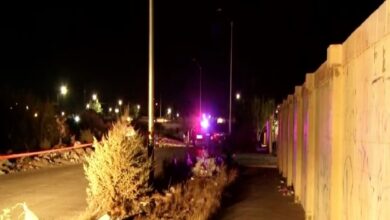 “Unfair that a girl was killed by people who are in the world of drugs”, outrageous murder of 2 minors in an attack by hitmen 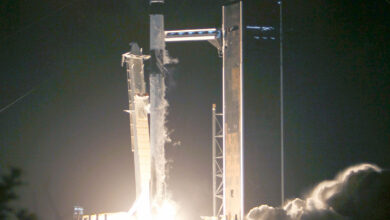 The Municipal Council discusses a proposal for winter camps