The two streams that formed on Wednesday on La Palma slowed their pace, but now six neighborhoods that were evacuated weeks ago are in check due to the lava. Only the volcanic activity in the next few days will decide if the magma devastates these communities or if it goes directly to the sea.

The two lava flows that advanced with speed on Wednesday and joined into one in the La Laguna neighborhood they are practically stopped but receiving “a lot of lava input” on the back, as confirmed by thermal imaging cameras.

The scientific committee of the Canary Islands Volcanic Emergency Plan (Pevolca), which monitors the evolution of the eruption and coordinates security measures, foresees that sooner or later this wash, which has been gaining in height and width, it will continue its approach to the sea.

There are two options: go south and go around the mountain of La Laguna, or, on the contrary, skip the existing watersheds and raze the last evicted neighborhoods: Las Martelas, Marina Alta, Marina Baja, Cuesta Zapata, San Borondón and La Condesa.

At the moment, the front of this wash is detained at the La Laguna school, which is acting as a “retaining wall”, and in the vicinity of the church square.

Far from the end on La Palma

Carmen López, director of the National Geophysical Observatory of Spain, has reported this Friday of a data that invites us to think that the eruption is going to last: the measurement of sulfur dioxide emissions in the area of ​​the plume yesterday yielded a value of 28,745 tons , when it should oscillate between 100 and 500 a day to think of an ending.

The diffuse emission of carbon dioxide associated with the Cumbre Vieja ridge continues its downward trend, and has been estimated at 633 tons per day, and the height of the plume of gases and ash has today reached 2,800 meters.

In the next few hours, a low probability of affecting the volcano cloud is expected to the operation of the La Palma airport and the rest of the Canary Islands, although it is not ruled out that fine ash reaches La Gomera and El Hierro, as well as the west of Tenerife.

In parallel, work is being completed to install two portable desalination plants, which together with a tanker loaned by the Government of Spain could start supplying irrigation water to farms isolated by the washings, especially banana trees, the main source of wealth on the island.

These desalination plants are expected to start operating tomorrow, Saturday, coinciding with the fifth visit of the Prime Minister, Pedro Sánchez, to the island since the start of the eruption, on September 19.

King Felipe VI, during the speech he delivered this Friday at the Princess of Asturias Awards ceremony, conveyed his solidarity and that of the whole of Spain to the people of La Palma, who “have seen their lives beaten in such a way dramatic and with as much helplessness as sadness“.

“Many of them have lost everything: their houses, their lands and crops, their animals, their memories,” recalled the king. “They have asked us not to forget them and, together with all Spaniards, it will be so; we will not forget them“.

Read also:
–Why climate change increases the threat of migration, instability and war
–This is what happens to wildlife when it is affected by wildfires
–VIDEO: Japan’s most active volcano erupted this Wednesday 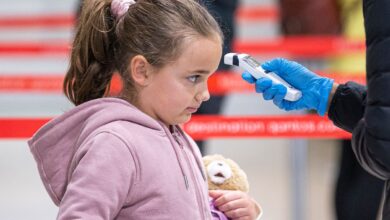 Children may enter the US without being vaccinated against Covid-19 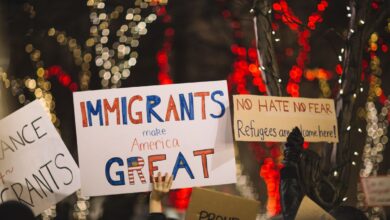 Demand representation of immigrants and refugees in redesign of districts 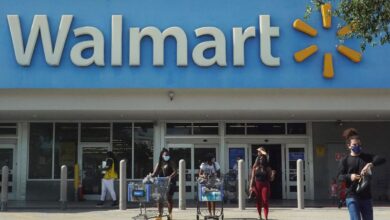 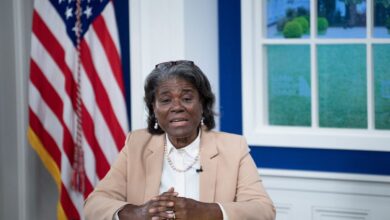 The United States returns to the UN Human Rights Council, after criticism of Trump