Charles Oliveira is the world lightweight champion of UFC but does not feel that others respect him as such. He is also currently on a nine-win streak, with eight finishes and a unanimous decision, and has not lost since 2017. He has done everything he had to do to be on top. And now he hopes to stay.

Charles Oliveira does not feel respected

While recently speaking with Trocação Franca, MMA Fighting podcast, the Brazilian fighter was talking about his next fight; let’s remember that will expose the title before Dustin Poirier on UFC 269.

«He’s a tremendous fighter, he deserves all the respect in the world, but I honestly don’t care.. The only thing that worries me is what I can bring to that Octagon, not what my opponents can bring. I’ve been showing all my growth in every fight, my spirit to take punches to the top, my game on the floor, my punching and my firepower, all I hope is to show how good I am.

And he also talked about the respect you don’t think you receive.

“I do not believe it. But not only outside of Brazil, if Jesus could not please everyone, I will not be the one to do it. But we have to balance what I have done: 11 years in the UFC to become a champion, 9 win streaks, most bonuses, most submissions, longest road to the tile. I think I’ve earned it.

“People said that I didn’t deserve the title fight because of the opponents I had fought with, but there was no one with my win streak, 8 wins in a row, 7 completions, Tony (Ferguson) being the only decision, everyone saw how that fight was. I didn’t even have a month to train for Tony, 15 days was what they gave me. And yet I did what I did, I don’t need to keep babbling about these things.

“They keep talking about what happened in the Chandler fight, but when he knocked me down, even though he spent 3 minutes hitting me, I didn’t give him a chance to finish, but as soon as I caught him, he was out for the count, in a couple seconds. So why don’t I deserve respect? I deserve it, and there are many people who respect me, as there will be many people who will not.. What I will do is continue to make history by fighting the best and performing legendary performances. For those who say that I need to beat Dustin to prove that I am the champion, I am already the champion, and this will be my first defense.

«I think so (he says when asked if the UFC respects him), they treat me fairly, I’ve made more money every fight. My manager has been working well. Of course I think that since I don’t speak much, it complicates things a bit for me, but I make up for it inside the Octagon. I’m not like these losers who keep barking and meowing for influence, my conversation happens in the fight.

The post Charles Oliveira does not feel respected as a UFC champion appeared first on MMA.uno, # 1 In Mixed Martial Arts (MMA) news in Spanish.. 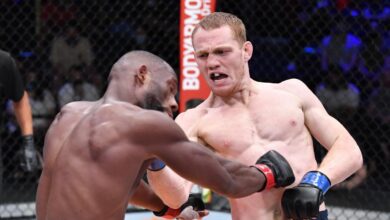 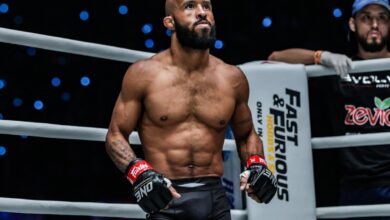 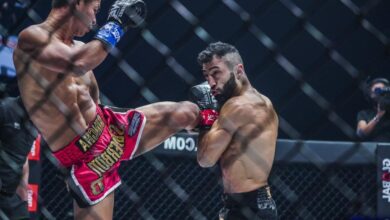 ONE provides an update with the health status of Giorgio Petrosyan 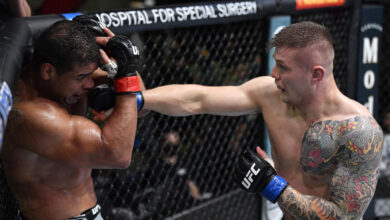