He lost his parents within a month of each other at the height of the second wave of Covid in Brazil, when daily deaths amounted to 4,000.

They were about to celebrate their 54th wedding anniversary.

At that time, Castilho couldn’t know that his parents’ story would also be one of the biggest health scandals of the pandemic, including bogus covid cures, unapproved treatments, and experiments performed on patients without their consent.

His father Norberto was the first to show symptoms in March.

“He had emphysema in his lungs (a condition that causes shortness of breath), so we knew that he I couldn’t even think of getting this diseaseCastilho tells the BBC.

Norberto was taken to a public hospital in the city of Sao Paulo. But Castilho, who lives nearly 3,000 kilometers away, was never able to see him in person again: he died only five days after being admitted.

“I still have the last video of him saying goodbye before being intubated and telling me that he would eat my food after leaving the hospital,” Castilho recalls.

While his father was in the hospital, Castilho had come to the city to take care of his mother Irene, who was showing the first symptoms of Covid.

They contacted their private healthcare provider, Prevent Senior, and they were sent a“kitcovid“, a controversial package with drugs such as hydroxychloroquine, azithromycin, and ivermectin.

There is no scientific evidence that these drugs are beneficial in the treatment of COVID-19, and some hospital studies have shown that in fact they can worsen the conditions of patients.

Irene was getting worse and worse.

“Every day I took his temperature, blood pressure and oxygen saturation. On Sunday (March 21), his oxygen levels were fluctuating too much. So we took her to the hospital, ”says Castilho.

Doctors at the Sancta Maggiore hospital, owned by Prevent Senior, sent her home without examining her. But her mother’s condition worsened again overnight, and the sisters decided to take her back to the hospital.

Irene found it difficult to breathe even with oxygen balloon. This time, she was admitted to the hospital.

But things were about to get a lot worse for the family.

The same day that Irene was admitted, Norberto died in the other hospital. “My sister had to look for the body in the morgue,” says Castilho. “People were being buried naked in black bags.”

The man at the morgue said he did not know what Norberto’s body was and Katia’s sister asked him for help to find it.

“So he put on the (protective) suit and was feeling all the bodies. Some were big, some were small. My dad was very skinny so she said ‘I think this is it’. The man opened the bag and there he was, ”says Castilho.

Meanwhile, at Prevent Senior hospital, Castilho stayed by her mother’s bed in a small room, where nurses rarely came to check on her. The sisters took turns making sure the oxygen mask stayed on.

One day, she noticed that the nurses were giving Irene a thick solution. The nurses informed him that it was flutamide, a type of hormone used in prostate cancer.

Flutamide can potentially lead to liver failure and Irene was a liver cancer survivor. The sisters had told the hospital not to give her any treatment that could potentially affect that condition.

“I was so affected by everything that was happening with my father that I did not seek a doctor to talk about it,” says Castilho. “Then I noticed that my mom was getting worse.”

Irene had been in the hospital for almost ten days when she was finally taken to intensive care.

His organs began to fail and he developed a deep vein thrombosis. But after three weeks, the final straw was a common bacterial infection in hospitals.

The sisters had only 20 minutes to be with their mother. She was cremated and her ashes scattered over Norberto’s grave.

Norberto was buried in a hurry, without rituals, while the hearse waited a few moments for the sister to say goodbye before driving her back and picking up more corpses.

“We realized what happened to my mother’s treatment only after he diedCastilho says.

“We were very engrossed with my dad’s death and my mom’s ups and downs in intensive care,” she says.

“After that, I started to reflect on things. I could not sleep. It felt like I was rewinding a tape, realizing it wasn’t right, that they made a mistake there. “

Castilho says the negligence began the day the covid kit was shipped and continued when doctors prescribed unproven medications rather than opting for a more expensive intensive care treatment.

Many scientists were expressing deep misgivings about unproven drugs. But Castilho says that “telling an elderly person not to take the medicines that doctors recommend is really very difficult.”

“My mom really trusted (Prevent Senior). She was anxious and asked me to call insurance to find out when her covid kit would arrive. She never would have guessed she was a guinea pig in his hands and that he would die soon ”.

Hearings in the Senate

Many more deaths are attributed to Prevent Senior from the use of unproven covid medications in older people.

An investigation of the SBrazilian government on the handling of the pandemic by the Government heard that the company was trying to endorse “miracle cures” associated with President Jair Bolsonaro for testing drugs on older patients without their consent; and several of them died.

One of them, Tadeay Frederico de Andrade, 65, told the investigation that he had also been given the covid kit and treated with flutamide. His family says the doctors wanted to transfer him to hospice without his consent.

“I am a survivor of this ghoulish plot“, He says.

Bruna Morato, a lawyer representing 12 doctors employed by Prevent Senior, told the investigation on September 28 that the company threatened and fired doctors who disagreed with the untested drugs.

“Very vulnerable older patients were told that there was good treatment. But they didn’t know they were being used as guinea pigs, ”Morato said.

Prevent Senior was also charged with not to mention the deaths of covid in patient records to hide the magnitude of the problem.

Pedro Batista, general director of Prevent Senior, admitted to the senators on September 22 that COVID was removed from the patient registry after two weeks because they were no longer infectious.

But he denied testing untested drugs on patients without their consent, saying doctors prescribed them when patients asked.

Prevent Senior told the BBC that Irene and Tadeau “received all clinical and medical support” and that the company never adopted treatments that were contrary to medical ethics or aimed at reducing costs.

The company says the allegations made against it in the Senate investigation are “unfounded” and “a true public lynching.”

He added that “there is no connection” with the Bolsonaro government or with any political party.

The company is now under investigation not only by the Senate but also by thes attorneys general, the police, and a separate investigation by Sao Paulo state legislators.

“Prevent Senior is completely interested in technical investigations, without political overtones, carried out by authorities such as the Public Ministry and the Civil Police,” the statements read.

The government of President Bolsonaro has been harshly criticized for its response to the pandemic.

Independent Physician Associations have called for the resignation of the Federal Council of Medicine, the governmental body that regulates the profession, due to its lax regulations on the treatment of covid.

Yet Bolsonaro has repeatedly rejected the disease, telling a crowd of supporters in March: “Enough of the whining and the whining. How much longer will the crying last?

Castilho blames Bolsonaro and says his family “is devastated.”

“This president didn’t just destroy the people who died. I’m talking of some 600,000 families destroyedJust like my family has been destroyed, ”he says.

“The day my dad died, they were supposed to give him the first dose of the vaccine,” he says. “I lost my mom and dad to a virus for which there was already a vaccine.”

Although people can die from covid after the vaccine, statistics show that it is very rare and that vaccines are highly effective in preventing severe cases and hospitalization.

The Senate investigation has uncovered evidence of how the Government it ignored repeated offers from Pfizer to sell it 70 million doses of its vaccine.

It also revealed that negotiations for the purchase of the AstraZeneca vaccine were delayed, allegedly by corrupt officials demanding a payment of US $ 1 per dose.

“These vaccines would have saved many lives in Brazil,” says Castilho. “As if the lack of vaccines was not enough, they came up with this way of treating people.”

“Denying science kills, but when you think about all the money and interest involved … I can’t stay silent,” he says.

* Vinicius Lemos in Sao Paulo contributed to this report.

Now you can receive notifications from BBC News Mundo. Download the new version of our app and activate them so you don’t miss out on our best content. 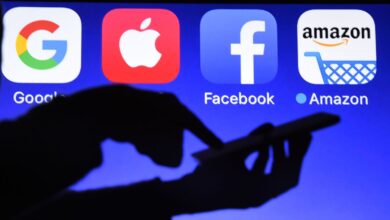 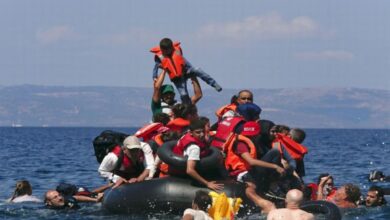 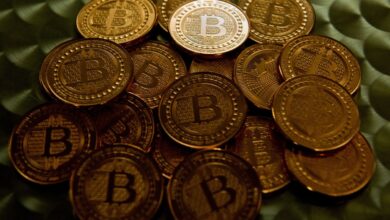 Miami continues with plan to pay its employees in Bitcoin